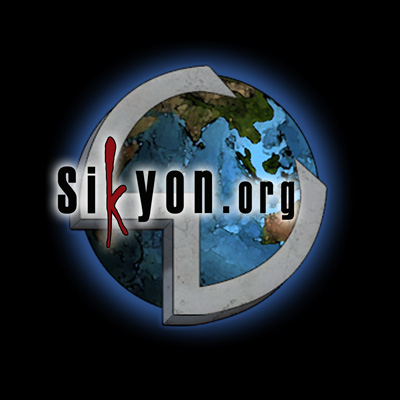 Four additional songs on the way...

Two reworks and two more compositions in the works. 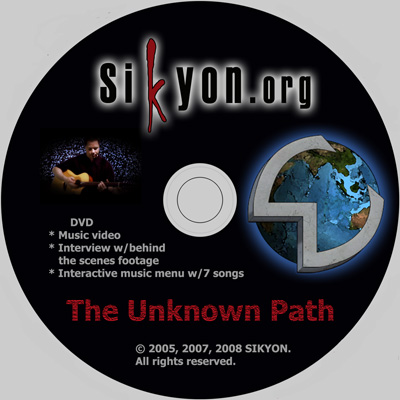 "The Unknown Path" is an instrumental consisting of 12 string acoustic guitars, West African djembe drums, bongos, chimes, shakers and other percussion. The music would best be described as a Mediterranean concept tribal groove.

The video was filmed in High Definition wide screen format (not available in HD or Blue Ray at this time) using a combination of green screen cinematography and computer animation. Fans of the music video best describe it as: "Refreshing," very "Entertaining," plus "Hypnotic," and a "Cool vibe."

The contents of the DVD include:
1) "The Unknown Path" music video
2) An interview with behind the scenes footage
3) An interactive music menu with 7 songs which includes the previous SIKYON CD and the new single release "The Unknown Path"